Maybe I’m reading too much into this, but it feels like something fishy is going on over on eBay! 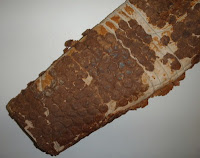 Back in February a Silurian Right Arm sold in auction for £192. It was made very distinctive by the pattern of damage on the arm and inside the hand-written name of the actor who wore it (Norman Comer).

Well in May it popped up again on eBay. Same seller. Same pattern of damage. Same actor’s name inside. This time selling for £67.02.


Then this month it reappeared again on eBay. This time with new pictures, but the same distinctive damage to the arm with the same actor’s name inside. This time round it had a starting price of £80, but went unsold.
I can only guess that buyers are not going through with sales properly....

You are bidding on part of a original Silurian costume ie the front part of the right Arm and Chest, but not the back part of the costume.This was part of the Silurian body suit worn on-screen by Norman Comer playing the lead role of Ichtar in the 1984 Doctor Who story Warriors Of The Deep. 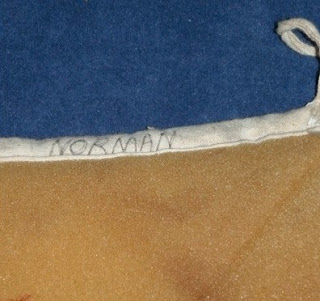 This is an amazing piece and is in its original condition,the arm has lost some reptilian latex skin.

I only know of two surviving silurians costumes from the entire history of the original Doctor Who series - this part of the costume is from one of them.

Here is your chance to own a original screen used piece of Doctor Who history, would look great framed up. 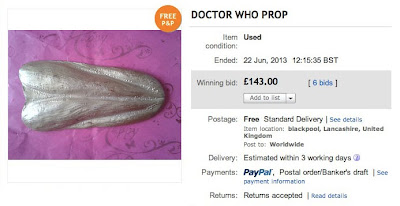 This auction is for an original prop from the TV series Doctor Who. It is from the 1983 story TERMINUS, which starred Peter Davison as the 5th Doctor, and saw the departure of companion Nyssa.

It is a piece of armour from one of the guards gold armour (I keep pausing the DVD and think its from the leg or maybe arm!). The piece is made of fibreglass, gold coloured (though after 30 years, some has begun to rub off, revealing a reddish colour beneath) and approximately 9 1/2" long and 4 1/2" wide.

I bought it nearly 10 years ago, from a man who'd attended a BBC auction, along with 3 other props from different stories which I've since sold and this is my last one.

Sadly, due to a house fire, I no longer have the provenance of the letter that accompanied it ( the paperwork was in a bureau downstairs while the prop was in the loft luckily) but I can assure you its genuine and anyone who owns any of the other armour pieces will be able to compare and see its the same!

I will start the auction at the price I bought it for and am only selling it because of financial difficulties though I'd rather keep it in my collection and will be happy to do so if it doesnt sell. There is no reserve.

Its rare to see props from the original series that were used and seen on screen....what a great addition to someone elses collection this would be!


Hidden away in this last listing is ANOTHER piece of Silurian skin.... 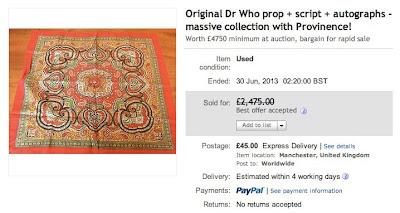 Original Dr Who prop
plus scripts and autographs

Here is the chance of a life time to acquire a fantastic collection of doctor who items at an amazing price. These are my prized items and I love each one. I am being forced to sell under some pressure and was due to assign the majority to Bonhams for their winter Entertainment auction after their recent valuations. However, that is 7 months away, so this is your chance for a bargain! Unless stated, all items are original props or scripts. They all come with certificates of provinence and have clear and great detail of how they have arrived here!

1) The one and only unique HAND TYPED set of scripts for the Nightmare Fair from the author - the famous missing story that has gone on to be made as an audio adventure and novel.

2) An original set of Krotons scripts (3 of 4) owned by an actor from the story - signed by him, frazer hines and terrance dicks on each script

3) Original full set of Greatest Show In The Galaxy scripts owned by the author Steve Wyatt and signed by him, Sylvester McCoy, andrew cartmel and the flower child. 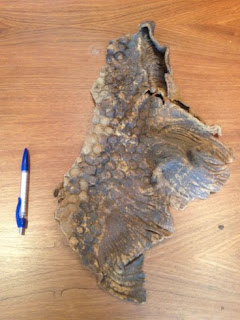 The First 5 items alone were valued by Bonhams recently for a joint estimated guide sale price of £3750 - and that was a conservative price they gave me based on some items I have sold with them over the last 18 months!!!

This is a real bargain and safe investment. I simply need the cash now, so your luck! More details are included below, but if you want confirmation or details on anything, drop me a line before you bid. Good luck!
Posted by Steven Ricks Tailoring at 13:13