I woke up this morning to find some sad news on the Doctor Who news feeds. It has been revealed that  Janet Fielding is battling cancer. 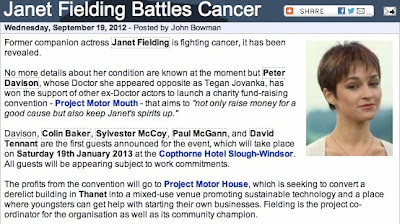 This is such sad news – especially since the last 18 months has seen the loss of Nicholas Courtney, Elizabeth Sladen, Caroline John and Mary Tamm, all in the same tragic way.

Turning sad news into good, a charity fund raising convention called Project Motor Mouth has been announced for Saturday 19th January 2013 to collect money to for Project Motor House - which plans to convert a derelict building in Thanet into a “mixed-use venue promoting sustainable technology and a place where youngsters can get help with starting their own businesses”. 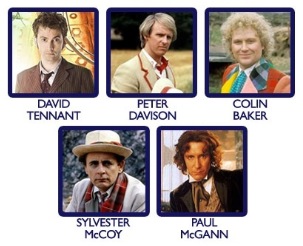 The hope is to raise Janet’s spirits along the way.

Having thoroughly enjoyed seeing Janet at Time Quest 2 a few of years back (see left), then again at Chicago TARDIS last year (see below), as well as seeing her at LFCC only a couple of months ago – I felt compelled to sign up straight away and go along. 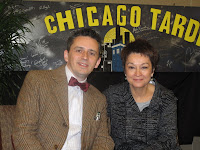 Once I completed my purchase I noticed my ticket number was 16, so I had been quite quick off the mark! Just as well, as by late afternoon today the convention was totally sold out.
This will be probably be the first convention of the 50th Anniversary year – and with Five Doctors, what a way to start!
Posted by Steven Ricks Tailoring at 20:56 No comments: