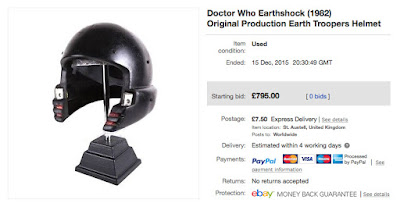 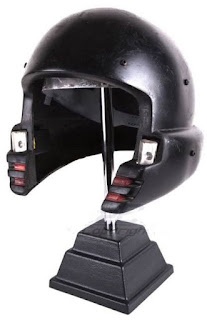 The helmet is made from fibreglass. This helmet is still in it's original condition, hasn't been repainted like other helmets that where used in another Doctor Who story. This Trooper helmet still has the original lights in the sides, also has the cradle inside that goes around the actor's head. The helmet is still in a lovely screen used condition ! 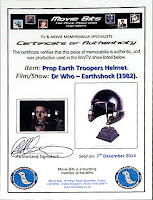 I only know of a few of these's helmet's out there, a very rare Doctor Who prop. Comes with display stand. This item comes with a Movie Bits Certificate of Authenticity.
Posted by Steven Ricks Tailoring at 20:54 No comments:

As 2015 draws to a close, it’s time for the end of year Entertainment Memorabilia sale at Bonhams.

Here’s the Doctor Who items on offer.

Bonhams Sale 22818
(10th December 2015)
Entertainment Memorabilia
Lot 71
Doctor Who - Resurrection of the Daleks: a group of scripts and copies of construction drawings, BBC, 1984, 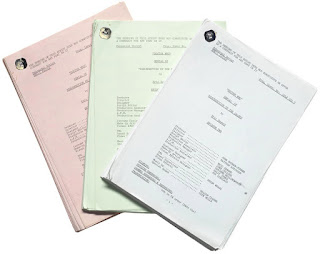 FOOTNOTES
The vendor acted on Doctor Who for many years in different roles, including as a yeti in the Web of Fear and was given this prop after filming had ended.