That Silurian Right Arm and Chest is back on eBay - yet again!

It original sold in May last year, and was re-listed a couple of months later, failing to find a buyer. 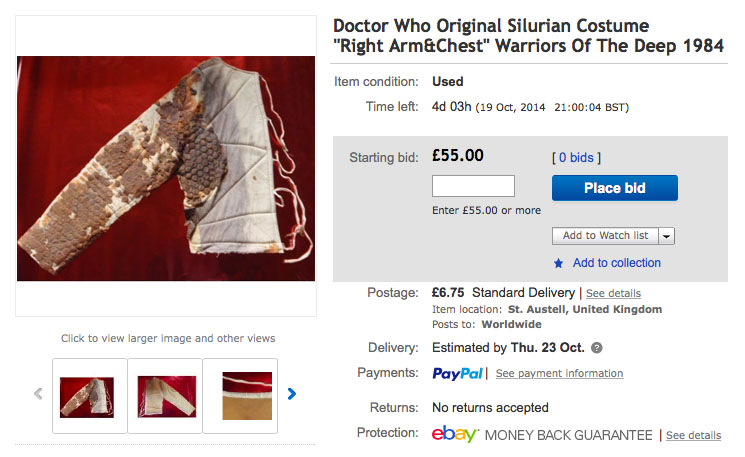 Warriors Of The Deep
Silurian right arm and chest 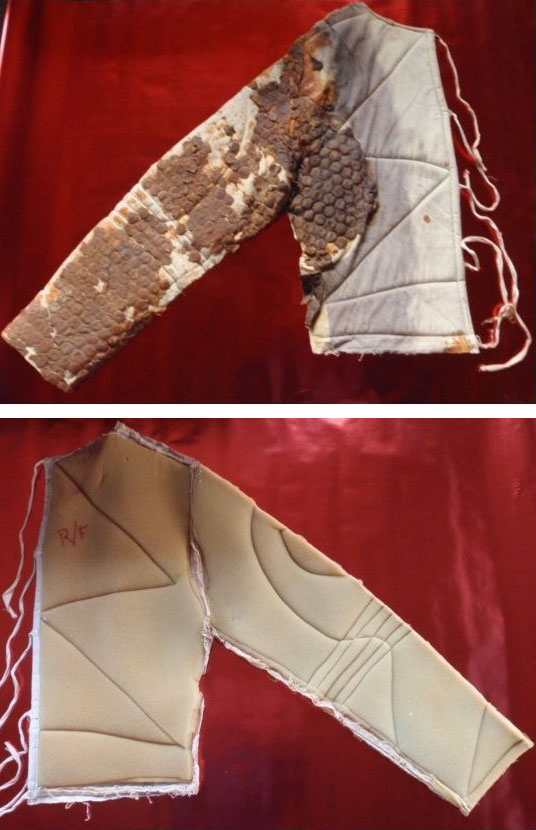 You are bidding on part of a original Silurian costume ie the front part of the right Arm and Chest, but not the back part of the costume. This was part of the Silurian body suit worn on-screen by Norman Comer playing the lead role of Ichtar in the 1984 Doctor Who story Warriors Of The Deep.

This is an amazing piece and is in its original condition, the arm has lost some reptilian latex skin.

I only know of two surviving silurians costumes from the entire history of the original dr who series - this part of the costume is from one of them.

READ MORE
Posted by Steven Ricks Tailoring at 17:52 No comments: