Over the past couple of weeks there has been a small flurry of original Fifth Doctor Props and costumes for sale on eBay in September. It’s been like a mini Bonhams auction!

Here’s what’s been on offer. 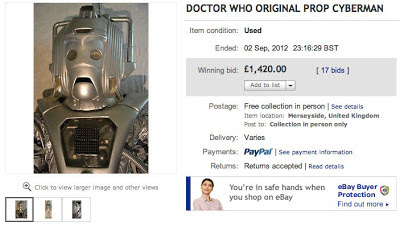 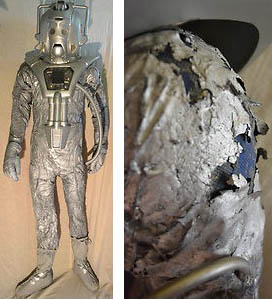 This is an 80s style classic Doctor Who Cyberman which I believe was used in the anniversary documentary, 30 Years in the TARDIS. The body is made from latex over some sort of thin boiler suit, the head and chest unit is plastic, various bits of piping complete the classic Cyberman style.
Unfortunately, in common with most of his compatriots, he suffers from Cyber Crotch – a medical condition which causes paint to crack around his nether regions. In a few areas his suit is fraying and I doubt it will be possible to remove him from his mannequin without causing some serious damage. 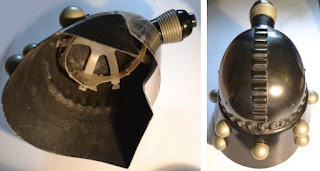 This is an authentic screen used prop from the classic 1984 Doctor Who story, Resurrection of the Daleks - a helmet worn by one of Lytton’s Dalek troopers. 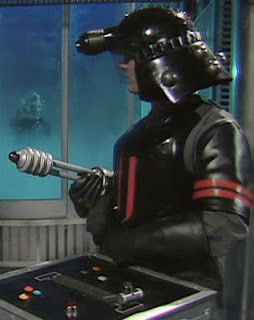 It is constructed from sturdy plastic with an adjustable piece inside to allow it to sit comfortably on the head – this was probably lifted from a hard hat. It is a fine example of an 80s Who prop and has stood the test of time with a few small areas of cosmetic damage only. The opaque plastic visor is a replacement part – I believe all of these were broken, scuffed or scratched either during filming or in transit to exhibitions afterwards.

READ MORE
Posted by Steven Ricks Tailoring at 13:30 No comments:

My good friend Bob Mitsch in the US has announced Costume Station Zero - a free podcast dedicated to all things cosplay - launching thirteen years to the day since the moon was torn out of Earth orbit in the classic 1960s series Space: 1999!

Although not strictly limited to Doctor Who, with Bob’s fascination for the series it will inevitably have a heavy Who orientation.

Already a number of episodes have been posted, and the latest download has some Fifth Doctor content. 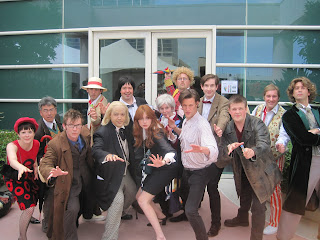 Kevin Kittridge chats to Bob about dressing as the 5th Doctor and meeting Matt Smith!
Check out more about Kevin at his WordPress page and on Twitter.


Posted by Steven Ricks Tailoring at 09:30 No comments: