This weekend (Sunday 20th February) sees the official opening of the Doctor Who Experience exhibition at London’s Olympia.

Amongst the displays is a definitive collection of costumes worn by The Doctor through his regeneration (see left and right). Some out of necessity are replicas, but many are original and screen-used.

On Thursday I went to the first of the paid previews, following on from a couple of weeks of tester days to iron out teething troubles. While I was there I took a good set of photographs of all the costumes on show.

I have already written a Full Review of the exhibition itself, but here is a more targeted write-up focusing on the items of interest to a Fifth Doctor fan and giving them a more detailed look.

Looking back the Fifth Doctor has been dealt a poor hand, with few items on show.

Although the thrust of the exhibition focuses on the current Doctor, with Matt Smith providing some personal input, there are still a few things here of interest to a fan of the original series.

First evidence of this are some large blow-ups of various covers to the Radio Times, which adorn the walls after you leave the interactive show.

You can spot his 20th anniversary cover amongst the Radio Times display before looking at his full screen-used costume.

This is from season 21 when the costume was refreshed, and appeared again when he returned in Time Crash.

It’s a shame the trademark panama hat isn’t on display, but with the costumes not behind glass, I wonder if it has been deliberately omitted in fear of thefts - which would be a shame if that was the case. 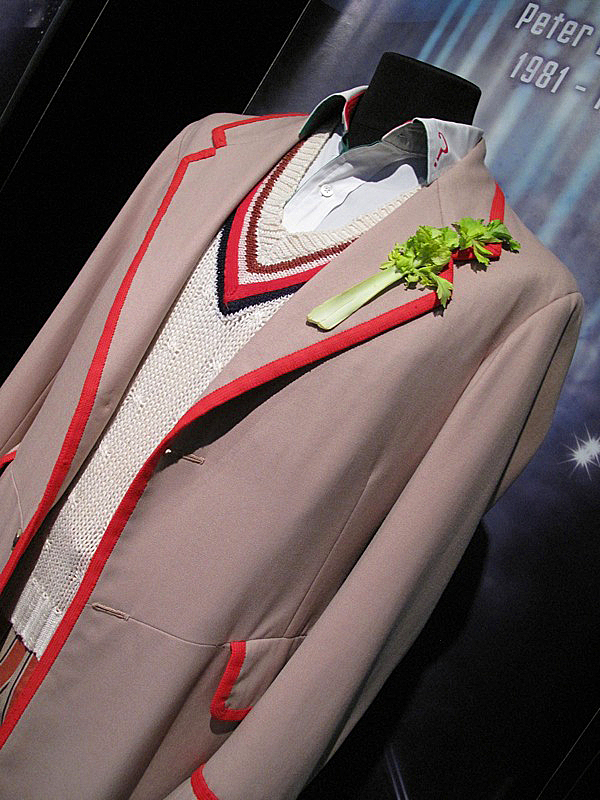 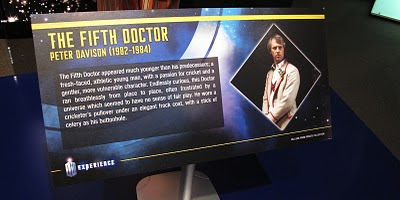 And that essential that for costumes and monsters. Although his era saw the return of the Cybermen after a near 10 year absence, the head display skips his incarnation, opting for versions from Colin Baker and Sylvester McCoy instead.

I’m probably being a little unfair though, as there is the revamped TARDIS console room on show, but you can't wear that, can you?!

There is also a 1980s Police Box on display, but it is unclear if it relates to the either Baker eras, Davison’s or McCoy’s.

Does anyone out there know for sure?

Posted by Steven Ricks Tailoring at 15:38