I really enjoy tracking down and replicating costumes in Doctor Who! That’s a given.

Once you’ve gathered a costume to wear, the chase is usually over. But if there are variations to be had, the chase can be back on with avengeance.

It‘s been a while since I made my first full season 19 Fifth Doctor costume, and since then I have added a couple of variants - the season 21 version of the jumper; and the screen-worn waistcoat from Planet Of Fire.

But a friend of mine put me on to a often forgotten variant that’s rarely cosplayed - the Children In Need Dimensions In Time special! 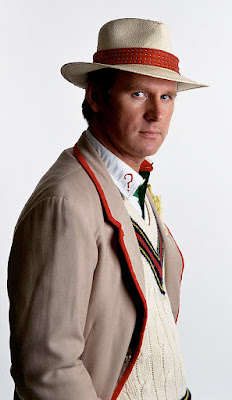 Now, as you can see in this publicity still that accompanied the broadcast, Peter is obviously wearing his screen worn Frock Coat, Trousers and Shirt, but the jumper is neither the season 19 nor season 21 variant - it is something completely different.

Presumably at the time nothing else was to hand, so they sourced a next-best option - it was for charity after all, and they had to call in a host of favours to make it happen.

Personally I hadn’t paid too much attention to this, like I’m sure a lot of others have, and since the episode is mired in rights issues, it hasn’t seen the light of day since it was first broadcast back in the 1990s (you’ll find an illicit copy or two no YouTube, but it’s not on any of the official DVD releases). 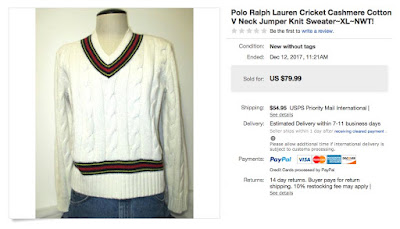 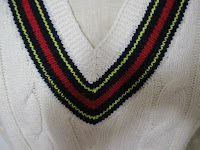 As you can see, the knit and pattern is absolutely IDENTICAL to Peter’s costume!

But yet it is a modern garment. I wonder if this is a known team’s whites? 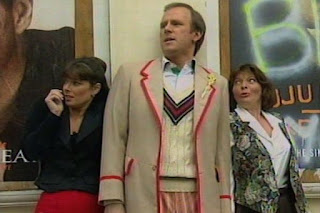 Anyway, so I thought, next time I’m at a big convention, I’ll wear this variant and see how many Fifth Doctor fans I can catch out thinking it’s not “screen accurate”! 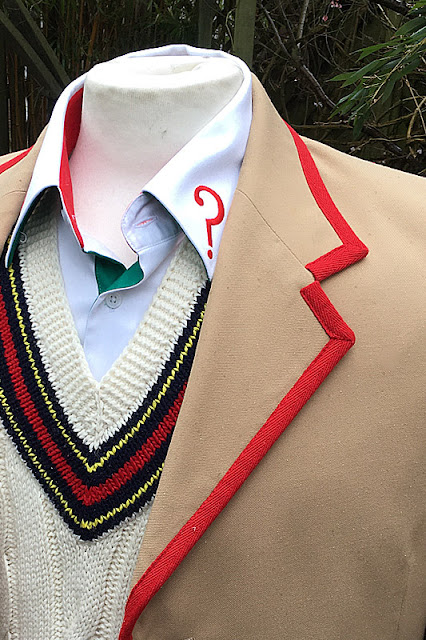 Posted by Steven Ricks Tailoring at 16:42