We’re only a few weeks into 2013 and some original Fifth Doctor items have started to appear on eBay. Here’s what I’ve found. 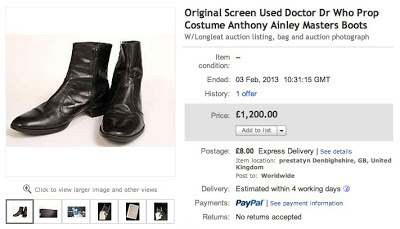 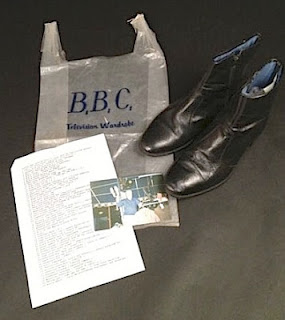 Here is fantastic opportunity to own a significant original piece from Doctor Who.

These are original boots worn by Anthony Ainley as the Master, worn throught his tenure as the iconic villan throughout the 1980s from the Tom Baker era, throughout Davison and into the Colin Baker era, featuring in multiple storys including The Five Doctors! 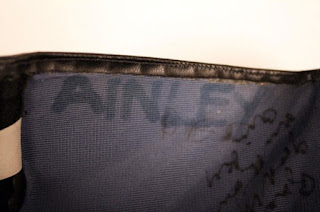 The boots are written inside 'BBC' and 'Ainley' and have also been signed on the inside by Anthony Ainley.

These have excellent history as is important with this type of item. They were originally sold at Longleat in 1995 and were lot 34, included in the sale is an original photograph of Nick Courtney auctioning the boots and the original auction listing from the day, all in an original BBC wardrobe bag. 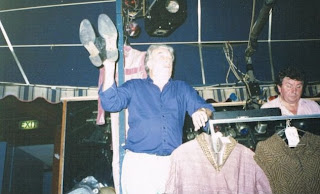 Items relating to The Master are extremely rare and desirable with only a few pieces known to exist, this is a very very rare opportunity. 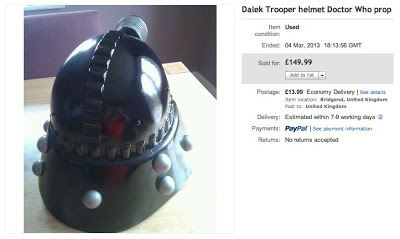 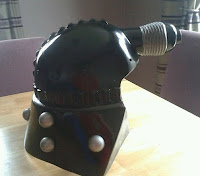 Made from strong fibreglass. It is a display item but you could easily wear it as it has the inside of a safety helmet built in, which is fully adjustable for different size heads. It has a chin strap that can be clipped on or removed altogether. 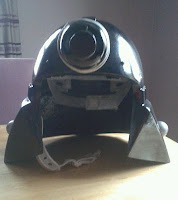 Quite a rare item and they do not come up for sale very often. Nice addition to any collector especialy if you have one of the trooper gun props.

It has been repainted because when I came across it the original paint was a bit yellow looking and the lacquer was cracked in places.
It now looks as good as new. It doesn't have any paperwork and is sold as seen. 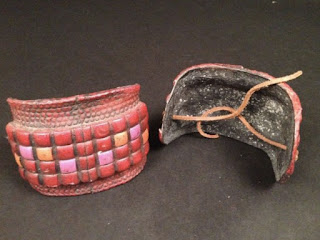 Here is fantastic opportunity to own an original costume item from Doctor Who, an original screen used pair of guard armour sections from the Peter Davison story Snakedance, worn on the upper arm and lower arm by the guards. 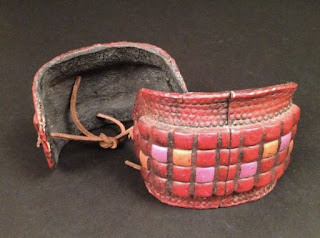 These are cast in fibreglass and are intricatly detailed with leather laces to keep them in place, they were specially constructed by the BBC for this story. 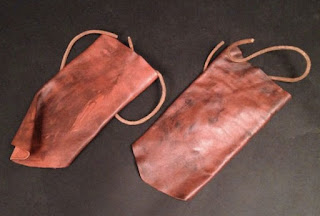 Here is fantastic opportunity to own an original costume item from Doctor Who, an original screen used pair of guard gauntlets from the Peter Davison story Snakedance.

These are bespoke hand cut leather with leather laces, they were produced by the BBC wardrobe department for this story.

These were originally sold at a Longleat in 1995, they were lot 39. 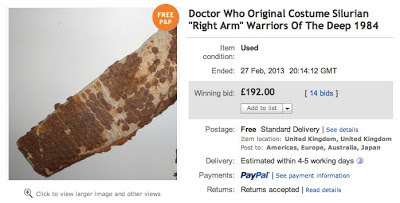 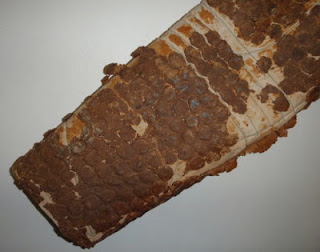 You are bidding on part of a original Silurian costume ie the "Right Arm".This was part of the Silurian body suit worn on-screen by Norman Comer playing the lead role of Ichtar in the 1984 Doctor Who story Warriors Of The Deep.

This Silurian right arm is part of the Silurian body suit sold in Bonhams Doctor Who sale in 1991.The costume had the name of the actor "Norman Comer" written in which is the name of the leader ichta 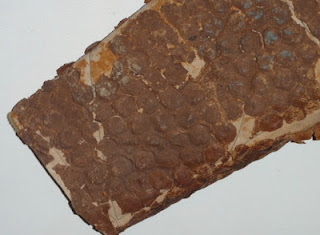 This is an amazing piece and is in its original condition, the arm has lost some reptilian latex skin.

I only know of two surviving silurians from the entire history of the original dr who series - and one has been restored!

Here is your chance to own a original screen used piece of Doctor Who history,would look great framed up.
Posted by Steven Ricks Tailoring at 22:14